IN THE WOMAN’S BOAT: JOURNEYING IN MEMORY AND CELEBRATION OF SALLY WYLDE

Dear PILGRIMS welcome to the WOMAN’S BOAT. Climb aboard our “boats” and JOURNEY with us to commune with our dear FELLOW PILGRIM Sally Wylde, who died last year at this time. We miss her here on MOTHER EARTH, for Sally was one of us—CREATIVE SPIRIT, ARTIST, and SEEKER of the GREAT MYSTERY.
We SPIRITUAL ART PILGRIMS respond to LIFE’S CHALLENGES—physical death being one of the greatest challenges of them all—by making ART.  Yes, it is healing to CREATE from the SOURCE—the very act of digging deep into our SOULS and SEEING what is there asking to be EXPRESSED. We chose to honor Sally by responding to Toni Childs' album, “The Woman’s Boat,” since this was the music Sally used in her performance, “The Lump Journey,” which was her creative response to being diagnosed with breast cancer. That was three years ago.
At that time, we ART PILGRIMS, Robey Tapp, Jesse Bathrick, and me, Hallelujah Truth, danced weekly with Sally as she symbolically structured her LIFE into a dramatic community performance. In our circle of writers and visual artists, we floated in and out of Sally’s studio and backyard yearning to express both the dark and bright aspects of our JOURNEYS while moving to songs in “The Woman’s Boat,” a collection of songs expressing the complexity of women’s lives from birth to death. Together, in our circle of women, we were
…in the woman’s boat
on the woman’s sea…
In the months following the performance of “The Lump Journey,” we began our group, SPIRITUAL ART PILGRIMS and were joined by Cecelia Kane (featured in my first SAP interview). How befitting then for us to revisit the epic lyrics of “The Woman’s Boat,” and to BE PRESENT with Sally on her JOURNEY in the UNKNOWN. PILGRIMS! We have one another ALWAYS—in our HEARTS, IMAGINATIONS, and the UNIVERSE BEYOND this bountiful EARTH.
We SPIRITUAL ART PILGRIMS (Robey Tapp, Cecelia Kane, Jesse Bathrick, and me, Hallelujah Truth) have made ART to connect with SALLY on the first anniversary of her death. Each us has made our own version of “THE WOMAN’S BOAT” for you.  JOURNEY with OUR SOULS to visit Sally! Hallelujah! 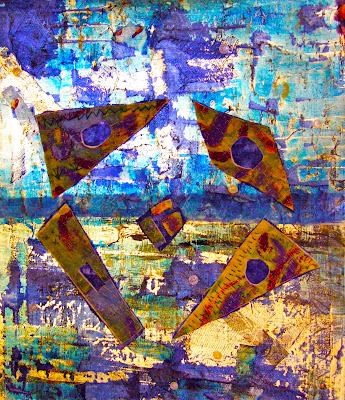 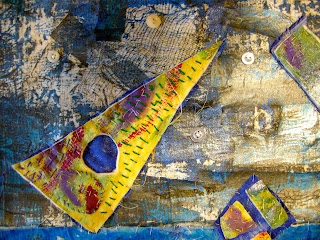 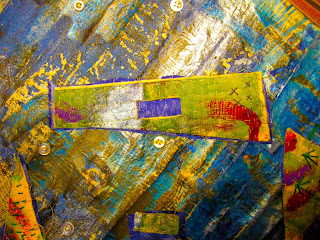 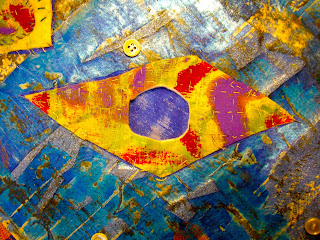 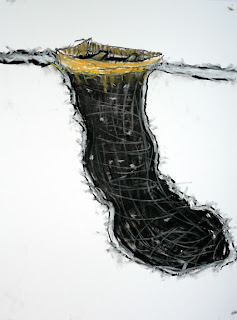 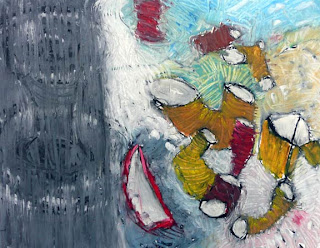 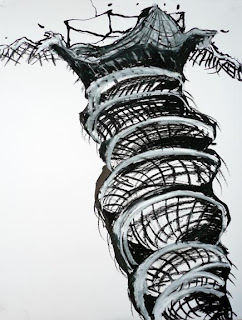 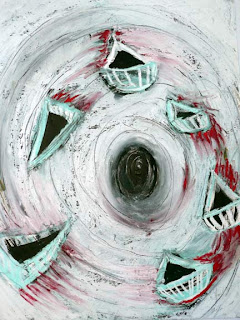 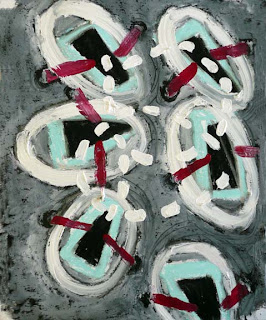 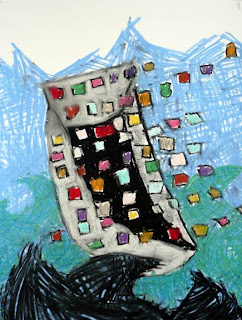 CECELIA KANE WRITES: These small paintings and drawings are dedicated to the life and memory of my friend, Sally Wylde. Each boat encounters something dark and menacing below the surface, on a separate plane or inside itself.
They have been inspired by Toni Childs’ song “The Woman’s Boat, and Rumi’s 13th century poem below. These little boats make their appearance in response to  Ruth Schowalter’s  (Hallelujah Truth) vision of  a creative response on the first anniversary of Sally’s death.
Late, by myself, in the boat of myself,
No light and no land anywhere,
Cloudcover thick. I try to stay
Just above the surface, yet I’m already under
And living within the ocean.
JESSE BATHRICK 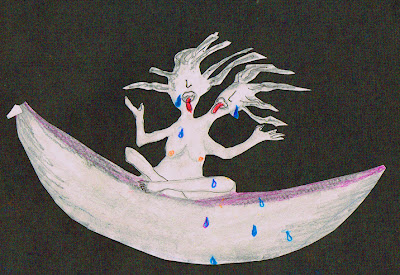 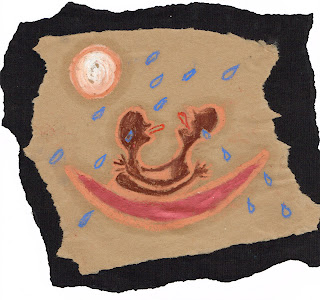 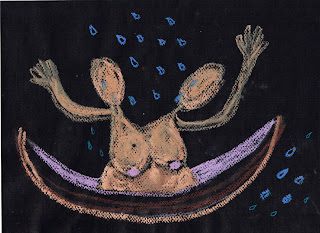 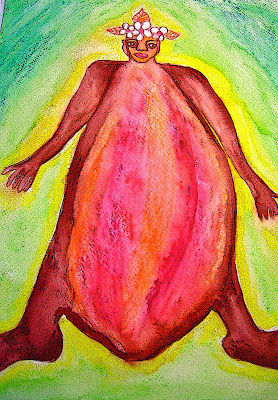 Well it’s time to say goodbye
And all the things we’ve said and cried
Through our lives
You will be on my lips
It’ll be a long time coming, boy
Till we meet again
Into the earth we go and we dive
Into the spirit world
Where our hearts lie
We go down into the sea
Of eternal life….
Lyrics from Toni Child’s “Long Time Coming” on the album “The Woman’s Boat”
Posted by Ruth Schowalter at 8/19/2011