ECSTATIC FOLLOWING: Learning what it means to be part of an InterPlay performance group!

Hallelujah for creative movement and deep listening! Hallelujah for InterPlay and its forms that allow us to be present to ourselves and to others! I'm so grateful!

I'm so grateful for Jennifer Denning being an anchor for InterPlay here in Atlanta and bringing Sheila K. Collins to our beautiful southern city to help us develop an InterPlay performance group. Sheila has already facilitated the development of 5 InterPlay performance groups form (4 in Texas and 1 in Pittsburgh). And Friday January 24, 2014, was monumental for those of us in the Atlanta InterPlay community (visit our Facebook page)!
We got our beginning performance workshop in the series of four that we will receive over the next 8 months.  First, Sheila gave us a brief history of InterPlay performance groups. The first one was “Wing It,” which InterPlay co-founders Phil Porter and Cynthia Winton-Henry started in San Francisco more than 2 decades ago and continues to be vibrantly alive today. Then after the brief history…drum roll…

…Sheila introduced the concept of "ecstatic following."  What a curious phrase--ECSTATIC  FOLLOWING!!!

In Cynthia and Phil's book, What the Body Wants, there is a section about being a FOLLOWER when you are doing InterPlay activities.  Yes, you can be a leader as well, but an important way of being is FOLLOWING! This is a “charged” word to a citizen of the United States! We are taught to be independent and to shed other people’s new ideas like yesterday’s old skin.
In InterPlay performance and activities, however,  FOLLOWING is essential. I leaned in to listen to Sheila because I had read about this concept of being a FOLLOWER several months ago in Cynthia’s and Phil’s book. Now, to hear about "following" again in the context of our newly forming performance group, my understanding of this concept heightened, deepened, and became evermore curious! 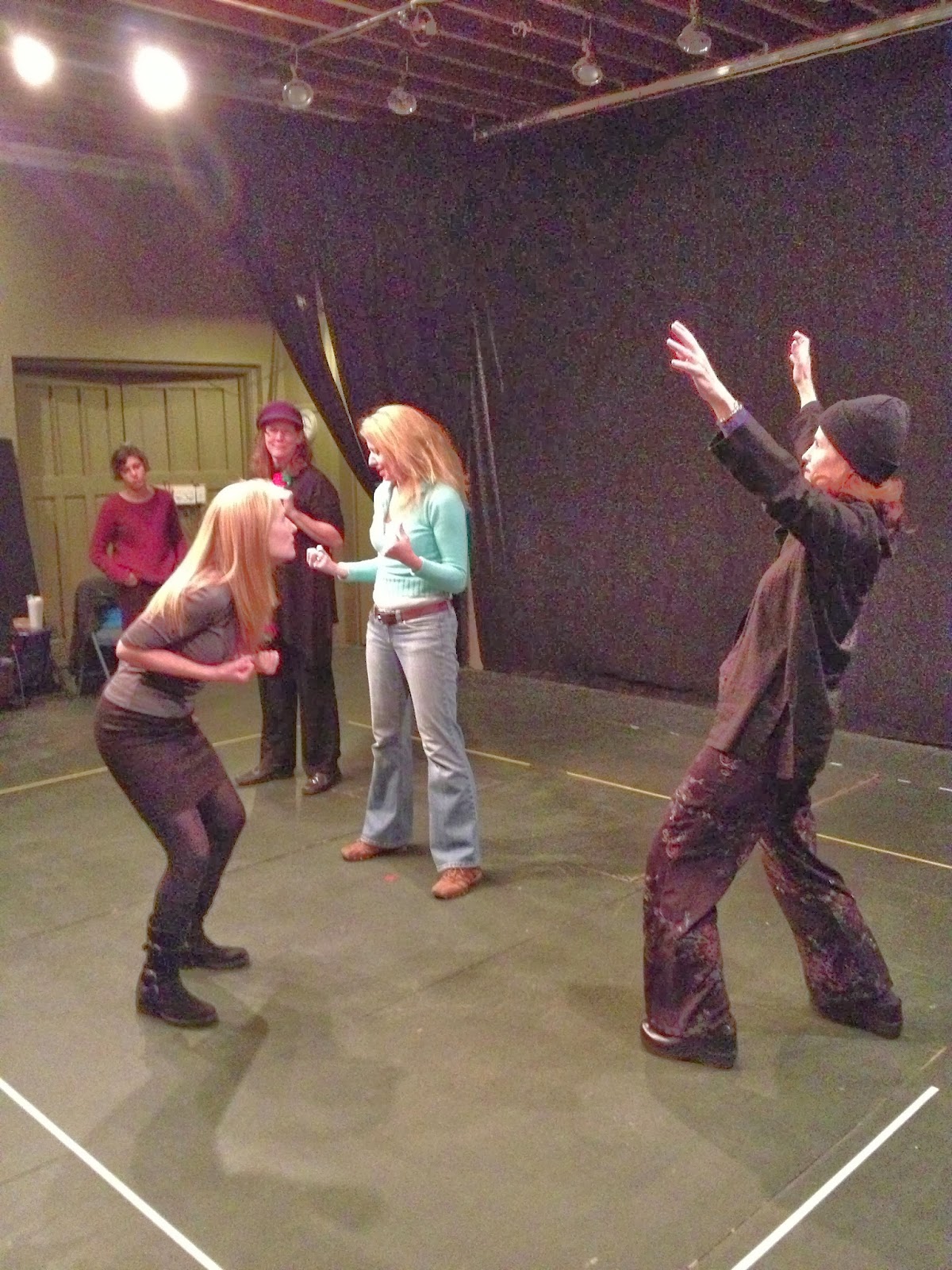 Did Cynthia refer to FOLLOWING as an "ecstatic" activity, I asked myself. Maybe…I will have to check that out later.  But for now, I am leaning into the concept of "ecstatic following." What does it mean for us—the Atlanta InterPlay Performance Group? For me?

Well, to perform improvisation using the tools of InterPlay, one needs to follow his/her fellow InterPlayers--that's what creates the awesomeness for the audience. The actions look rehearsed.   That is...if players are fully committed to following movements of other players. That means surrendering your own ideas, being vulnerable and present to others, and taking risks.

WHY would we want to surrender our own ideas, be vulnerable and present to others and to take risks when performing? 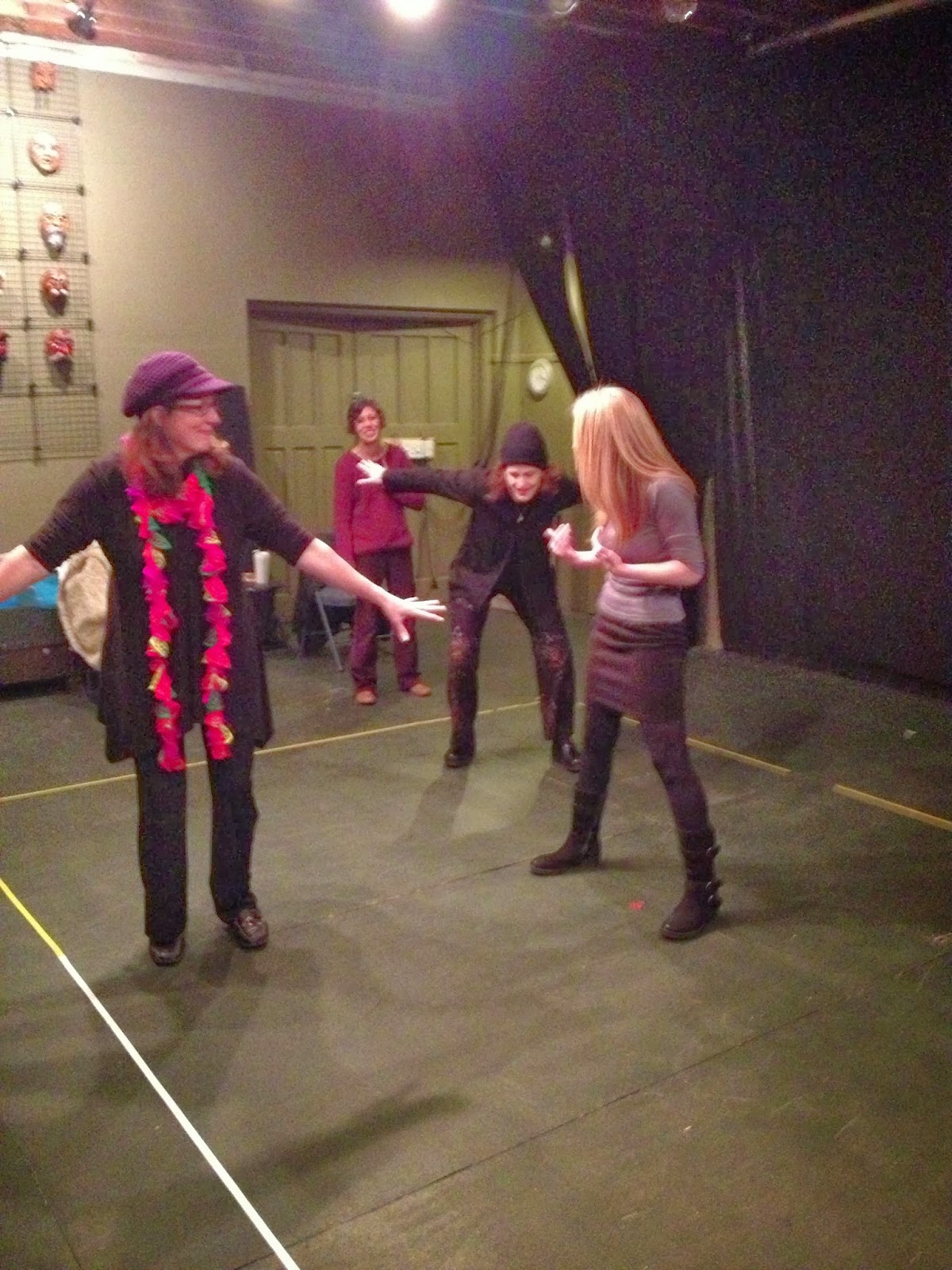 YES! Artful play is Activism—making positive change in our communities!  So, right now, we Atlanta InterPlayers are needing to ask ourselves this important question:

What are the needs of our community?

For now, that is all the time I have to talk about the first workshop of Atlanta InterPlay performance group. Stay tuned if you are curious about us. Maybe you will want to join us!

That's Coffee With Hallelujah. SOUL BLOG with me. Have you ever been an ecstatic follower?   Hallelujah Truth! Speak Your Soul...