OF DEATH AND LIFE: Celebrating Veronica Martin on my 56th birthday in symbols and rituals

Today is September 9th, 2014, my 56th birthday! Two days ago, September 7th, 2014, would have been the 88th birthday of my mother-in-law, Veronica Martin. However, one week ago, she passed away. So today is a sobering day, one on which I would like to reflect on the cycle of life and honor of Veronica.

Her life was rich with symbols so I depend on these photos of symbols to convey some of my feelings. I hope you will understand and look for deeper meaning than I can explain.
I met Veronica some eleven years ago in the summer of 2003 when Tony and I traveled there to Terre Haute to announce our engagement.  Well into her 70's, she had almost given up on Tony ever getting married. Therefore, although I was in my mid-forties, this devout and high-spirited woman who stood under five feet tall was welcoming to me, her son's prospective bride. She believed in marriage and was glad that her fifth-born child had finally found love.

I can't remember what we talked about after Tony announced our engagement, but I know she acknowledged the love we had for one another.  Over the ensuing years, we developed a correspondence and Tony and I thoroughly enjoyed her letters. I believe Tony gets some of his writing talent from his mother.
Veronica was kind and generous. These words from Stephen Grellet, a prominent Quaker missionary, express who she was to the best of her abilities to give:

“I shall pass through this world but once. Any good therefore that I can do or any kindness that I can show to any human being, let me do it now. Let me not defer or neglect it, for I shall not pass this way again.”--Stephen Grellet

As I tip-toe across my mid-fifties onto the other side of 55, I give pause to think about my life and eventual death. What can I embody from Veronica's life? Surely it is love, laughter, and generosity of spirit. Thank you Veronica.

In the last thirty or more of Veronica's life, her faith grew, and she dedicated herself to deepening her understanding of Catholicism. It was fitting that her funeral services were held at Saint Joseph University Parish, where she attended mass every day walking there with her son Leonard until her knees no longer allowed her too.
All of Veronica's five sons attended her funeral. Her daughter, Madonna, was unable to come from her Tennessee home because of health problems. In addition to her sons, three daughter-in-laws, five grandchildren, and one granddaughter-in-law were present. Everyone remarked that the funeral was carried out in a way that would have pleased Veronica very much. We all took a lot of satisfaction in that.
After sharing a meal together and before leaving Saint Josephs, I asked everyone to join me on the cathedral steps for a family photo. As I reflect on this moment now, I am so grateful. Veronica has left us, but she had a rich, full life. Her death brought the Martin family together in a new meaningful way. We connected. We learned more about each other. You might say, we fell in love.

I have chosen to celebrate Veronica and her passing on my birthday. It feels right to have done so. Thank you for joining me.

That's Coffee with Hallelujah. SOUL BLOG with me. Share your cycle of life stories and who you are celebrating. 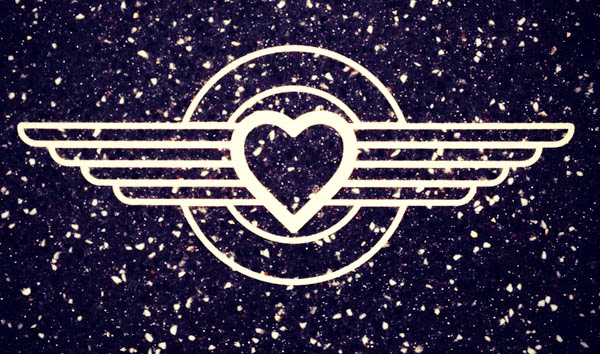